Oceana County was organized in 1855, it was named after its long shoreline on lake Michigan. The first known white settlement was a saw mill site built in 1849 at the mouth of Whiskey Creek. The county grew during the lumber era, with the development of Pentwater, Shelby, and Hart, the county seat. When the lumber boom came to a halt, farmers found the area an excellent place for orchards. 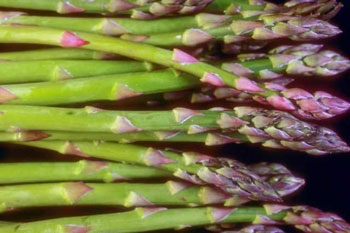 Today, farming in Oceana County is very prosperous, holding the second largest fruit tree acreage in the state. Oceana County is famous as the "Asparagus Capital of the World" for its high production of asparagus. The annual National Asparagus Festival includes a parade and crowning of the Asparagus Queen. This is a source of great pride for those who are so crowned. 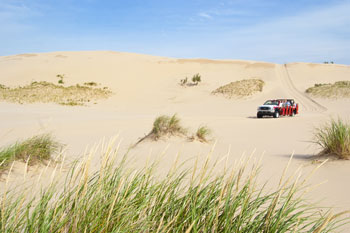 Photography by ToddAndBradReed.com
Tourism plays a vital part along the county's coastline. Pentwater is a major summer resort, as is the Little Sable Point area, with Silver Lake and the sand dunes, one of the few places in the nation offering first class dune scooter rides to view the pristine sandy coastline along the Big Lake.

Inland, many recreational spots abound in the Manistee National Forest, which dots the county. There are also great canoeing and fishing along the White River beginning at Hesperia. For sightseeing, fruit picking, or just plain outdoor fun, Oceana County is where you want to be! 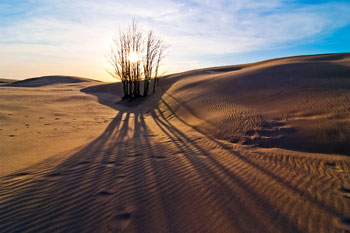 Photography by ToddAndBradReed.com
In 2015 there were 9,822 households out of which 72% had children under the age of 18 living with them, 80% were married couples living together, and 41% were single men or women. The average family size was 3.1.

The county government operates the jail, maintains rural roads, operates the major local courts, keeps files of deeds and mortgages, maintains vital records, administers public health regulations, and participates with the state in the provision of welfare and other social services. The county board of commissioners controls the budget but has only limited authority to make laws or ordinances. In Michigan, most local government functions--police and fire, building and zoning, tax assessment, street maintenance, etc.--are the responsibility of individual cities and townships.